McDowell'S Reserve No1 Indian Whisky 750ml has been added to cart.

McDowell's is no1 award winning whisky and No 1 spirit in India since 1898. it was blended with Scottish and selected reserve wine. it is also known for its smoothness and exquisite aroma. it also contain permitted natural colour.

The company was incorporated in the year 1999 as McDowell Sprits Ltd and changed its name from McDowell Sprits Ltd to McDowell & Company Ltd on 1 April 2000. The company changed their name again to the current name United Spirits Limited (USL), with effect from 17 October 2006. In 2000, Claessens International, a London-based design consulting firm, to revamp the bottle design and packaging of the entire McDowell’s No.1 series. The company terminated its existing arrangement with Paul Simmons & Associates. 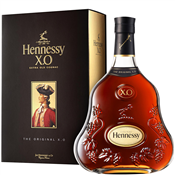